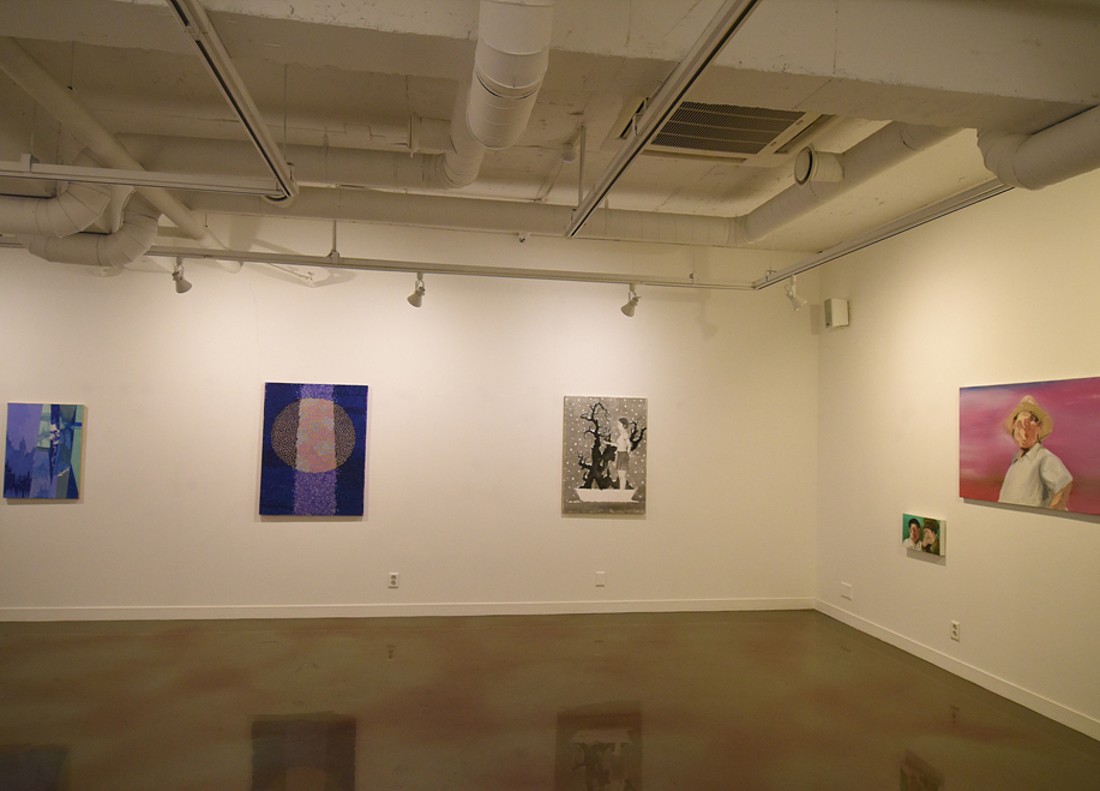 From November 2018 to October 2019, LEESANG ART Co. will host a series of "strange exhibitions". These exhibitions are held every month under the theme of that month's birthstone. LEESANG ART Co. wants to offer modern people gem-like art and gem-like time through an exhibition of artists who polish themselves to become gems that produce special light.

The exhibition opening the new year is "Garnet: True" with garnet, the birthstone of January, from Tuesday, January 15 to Thursday, January 24. Garnet is the world's most popular gemstone and the birthstone symbolizing truth. It is a beautiful gem that generally glows like red pomegranates, but boasts a variety of colors, including yellow, orange, green, purple, colorless and black. In addition, LEESANG ART Co. presents works of interpretation by three artists (Moon Moon-kyung, Biduri and Yang Ho-jung) who are active in various genres, including photography, Korean painting and oil painting.

In today's society, truth can easily be buried by public opinion, media and power, and it is very hard to dig up the truth. But the truth has the power to be revealed in the end by any external pressure or adversity. Prior to this exhibition, all three of these artists desired to convey a meaningful message about the power and value of truth.

Moon Eun-kyung, a graduate of the Department of Oriental Painting at Hongik University and a graduate student of the Department of Art and Therapy, speaks about the power of truth in the face of time, which that comes upon you every moment. Not knowing that what changes in the face of time, which flows endlessly, changes for familiarity, one realizes only after truth's distortion following its change. However, if you admit it and try to correct the truth, it soon creates a new history.

The artist keenly looks into the problem of the circular ring she saw in herwork, presenting a transparent yet lifelike work through an oriental painting style. If her past work was the work of a somewhat descriptive art with the conceptual elements of the gong-pil style. In this exhibition, she wants to show the exact opposite of such previous work. Taking a step away from the entanglement of forms, she tried to visualize temporality and the subconscious and further devoted herself to studying the techniques of materials to take a step closer to the new topic of truth rather than to preserve the style of traditional Oriental painting. Her bold attempt to give up her realistic form and communicate with the public with abstract images is expected to take a new turn on her way to becoming an artist.

Biduri started working on the zoo's photography in 2009 and is now in 2019 celebrating his 10-year anniversary as a zoo photographer. In this exhibition, the artist wants to express the truth hidden in the zoo through the images of animals. Although it is a zoo that he has been to hundreds of times, there is always a new feeling for the artist. An artist who visits a zoo with the heart of a visitor.

If someone says that the life of an animal living in a zoo is peaceful, does that make the zoo a peaceful place? On the contrary, if someone says that animals' lives are unhappy, does a zoo become an unhappy place? The various images of the animals trapped inside the cage in the still picture make the audience think once again about the hidden meaning of the zoo. Although photography cannot change the world, the artist's efforts to present the public with a chance to think in order to create a better world continues to this day.

Yang Ho-jeong, a graduate student at Ewha Womans University's Graduate School of Western Painting, says the role of the artist is to clearly identify and reveal the truth and facts to the public. If you are caught up in the same daily routine every day, the essence and facts of the problem will be forgotten. All of these things, such as events that have been a big issue in society, and rampant rumors, are scattered in our memories with the truth distorted in the merciless flow of time.

Through the reproduction of the image of the time, the artist sheds light on social issues and forgotten events that people may not know about. Through this, the artist desires to stop the passing time of events that may disappear with the truth trampled on. A quick, light brush touch that stands out in the work embodies the instability of the event. Through art, the Yang Ho-jeong reconstructs a tangled case by separating fact from falsehood.

CEO Lee Sang-mi said, "From the new year of 2019, the role of modern artists should go beyond self-expression and create a process of enjoying themselves with the public. It is time for writers and revelers to share and empathize with each other to create a sympathetic art with the public."